At Cline Collision Repair, we are your complete collision repair solution. We can handle everything from the smallest scratch or dent through major collision damage.

Founded in 1993 by Rodney Cline in the humble setting of the former Frey’s dairy building and eventually moving to our current modern facility in 2004, the Cline Collision Repair name has been synonymous with quality repairs and good service for over 25 years. Let us assist you with all your collision repair needs. We will be happy to demonstrate the difference it makes when people really care about you and your vehicle. 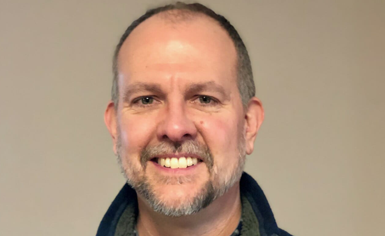 Dan has been involved with autobody repair most of his life including nearly 20 years in collision shop management. He joined the Cline Collision Repair team in 2007, eventually purchasing the business from the estate of Rodney Cline after Rodney’s unfortunate and untimely passing. Dan’s attention to detail and quality-oriented attitude continues the Cline Collision Repair tradition.

Scott has been a key part of our team since his arrival in July of 2010. With training from Nashville Auto Diesel College and over 35 years of experience in collision repair involving various roles in the industry, Scott possesses a level of expertise only found in a seasoned veteran. He utilizes his many years of combined hands-on and management experience to make sure your vehicle is repaired properly and the whole process goes as smoothly as possible.

Eric joined Cline Collision Repair in 2018 in response to increased demand for our services as our business continues to thrive and grow. After graduating from Washington County Technical School, he held positions in several shops before ultimately joining our team as an estimator. Eric’s calm demeanor and soft-spoken manner will help ease what can be a very stressful situation after being involved in an auto accident.

I was just involved in an auto accident. What should I do?

Check to see if anyone is injured. Call 911 if someone is injured or the damage is extensive. If possible, move vehicles out of traffic lanes where you can safely collect names, addresses, phone numbers, and license plate numbers from everyone involved, including any witnesses. Contact us as soon as possible.

What if my vehicle needs to be towed?

If your vehicle is not safe to drive and needs to be towed, be sure to note the name of the towing company and instruct them to tow the vehicle directly to our shop. This saves storage fees and additional towing charges to have the vehicle moved again later.

My insurance company asked me to get an estimate of the damage. Can you help me with that?

Yes! We will be glad to prepare an estimate for you to help get the process started. Just bring your claim number along with any contact information for the person requesting the estimate so we can forward the completed estimate to them.

Do I need to make an appointment to get an estimate?

If you would like to set a specific time to have us inspect your damaged vehicle, give us a call. We will do our best to accommodate your schedule. Otherwise, just stop in during business hours. Estimates are prepared on a first come, first served basis. When requesting an estimate please keep in mind, if your insurance company has already written an estimate for you, we will need to see it in order to properly communicate with them during the repair process and avoid potentially costing you money out of your pocket.

How long should I plan to be there to have an estimate written?

It takes more than a few minutes to prepare a thorough estimate. The average estimate takes approximately 30 minutes, depending on the amount of damage. As an example, it would likely take less time if you simply need a mirror replaced or possibly longer if you have extensive damage to the entire side of your vehicle.

My insurance company already wrote me an estimate. What do I do next?

That’s easy! Simply bring the estimate to our shop along with the damaged vehicle, if it’s able to be driven. We will review the written estimate and compare it to the damage on the vehicle. Now that we know how much damage needs to be repaired, we can schedule an appointment for you to drop your vehicle off to begin the actual repairs.

I don’t have a spare vehicle to drive while mine is being repaired. Can you help me with alternate transportation?

At Cline Collision Repair, we try to be as helpful as we can in order to make having your vehicle repaired as easy as possible. We coordinate with our nearby Enterprise office by making all the arrangements to get you set up with a rental car. They will pick you up right at our office when you drop your vehicle off for repairs. And, while we don’t offer free loaner cars, we have negotiated some great discounted rental rates for you in the instance that you don’t have rental car coverage on your insurance policy. Or, if you just need a ride back to the house, we can drop you off and pick you up again when your repairs are complete if you live within a reasonable distance from our shop.

Absolutely not! Not in Pennsylvania, anyway. Our state law is very clear on this subject. You always have the final say in where your vehicle is repaired. As it should be, since you and your family will be the ones depending on the quality of this repair to keep you safe should you ever be involved in another accident with your vehicle.

Do you use new OEM (Original Equipment Manufacturer) parts to repair my vehicle?

We definitely prefer to utilize new OEM parts during the repair of your vehicle. However, many insurance company estimates will include the use of alternative parts such as aftermarket, reconditioned, or salvage yard parts. We have multiple avenues to avoid the use of these parts including the ability to utilize competitive part pricing programs in order to ‘price-match’ the alternative part with a new OEM part. That being said, there are times when a nice, clean, used assembly makes good sense. An example would be a situation where we are attempting to avoid having your vehicle declared a total loss or if the original part has been discontinued by the manufacturer.

I have some vehicle body damage that is not going to be turned in to insurance. Do you do ‘self-pay’ repairs?

We sure do! Just bring the vehicle by the shop so we can look at the damage and discuss the situation with you. Just remember, when repairing a damaged vehicle, there is always the possibility of finding hidden damage after the repair has started. Our estimators are experts, but we cannot see through the damaged panels to know if there is damage hiding behind them. We will do our best to prepare the most accurate estimate possible, but we will not be able to promise you that the actual repair cost might not differ from the estimated amount.

When do I have to pay my deductible?

You may pay your deductible at any point throughout the process up until the day your repairs are completed and you pick up your vehicle. At that time, we will need to collect your deductible along with any related money you may have received from the insurance company.

I received another check from the insurance company, but my repairs are finished, and I have already picked up my car. What should I do with it?

This is probably a supplement payment. Most insurance companies will send supplemental payments for hidden damage directly to us. Occasionally, the supplement check may inadvertently be sent to you. If you receive a check from the insurance company after you pick up your completed vehicle, let us know as soon as possible. It most likely needs to be applied to an open balance due for the repairs we did for you.

What kind of warranty does Cline Collision Repair offer?

At Cline Collision Repair, we are proud of the work our craftsmen perform. We stand behind our workmanship with a lifetime warranty for as long as you own the vehicle we repaired for you. If you ever have a problem with a repair we have performed, simply bring the vehicle to our shop any time during business hours to discuss it.

Everyone is so friendly and very helpful in the process! My car came out looking BRAND NEW! They do awesome work! Highly recommend!

Great customer service and always willing to help you in any way. The repairs to my Jeep look amazing and the paint quality is best I’ve seen on a vehicle in a long time. Would recommend to anyone with any amount of body work that needs done.

Phenomenal people working there who genuinely care about doing a good job on your car repair, without overcharging you. I had a fantastic experience getting my car repaired there and I'll recommend Cline Collision to anybody who needs work on their car.

They treat their customers very well. The staff makes sure your car is like brand new when they're done. Really make the customer feel important. Highly recommend.

Great place to go when you need it done right. Fantastic work and great people to deal with. Highly recommend.